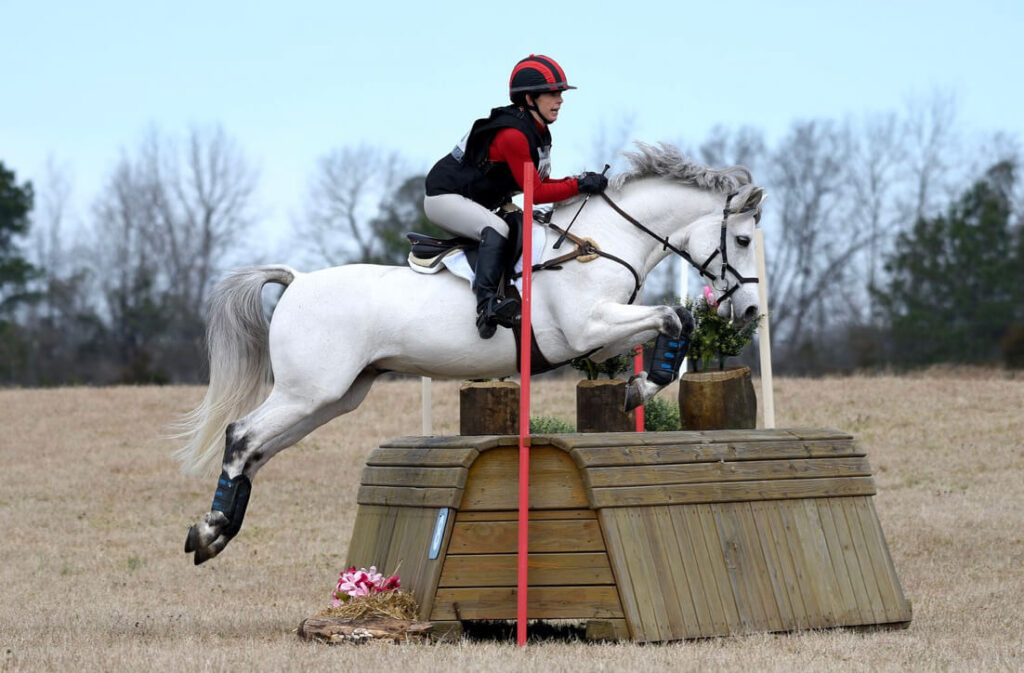 Megan’s love for horses started early in life, she was obsessed with all things horses – books, movies, toys, and started begging for riding lessons at a very early age. She was in a lesson program by 5 and had her own pony, a Polish bred Arabian, by 7. There weren’t many English riding options available in her town, so she started out in the hunter ring while also dabbling in hunter paces & fox hunting.

Megan was bitten by the breeding bug early and bred her first horse in 1992 when she asked for a stud fee for her 9th birthday. She kept that young horse for 9 years, training him through Novice level Eventing and using him for pony club.

She joined USPC in 9th grade and fell in love with Eventing. She also enjoyed the horse management side of pony club, particularly learning about conformation, soundness & movement.

When Megan was in college she attended a the annual USPC convention in Atlanta and was introduced to Lendon Gray. During Lendon’s seminar, she pointed to Megan & her sister, and said, ‘you girls need to be breeding & training ponies’. Megan & her mother took that to heart and formed their Brambleridge breeding program in 2003.

In her last years of college, Megan changed all of her elective courses to equine related Ag classes – including taking equine conformation & judging classes and the advanced equine reproduction courses.

In 2007 Megan acquired Sparrow’s Owen; they quickly climbed the Eventing ladder, competing together through the Intermediate & CIC** level. Owen is one of only four ponies to complete the ACPS Golden Shamrock Award and the only pony to have earned an ACPS Award of Excellence in five disciplines.

Megan observed a couple of inspection sites in 2008 and became an IC that year. She has been on inspection teams almost every year since 2010. She has also served on the ACPS Board of Governors nearly every year since 2007, including two terms as Vice President. Her love for upper level sport and her Halfbred breeding program inspired the idea of the Connemara Sport Horse registry, and that was adopted by the ACPS in 2015. She is currently the registrar for that registry within the ACPS.

Currently Megan events and fox hunts her purebred Connemara stallion, *TBS Declan Pondi. She and her husband operate the Brambleridge breeding program at her Fade to Grey Farm and continues to breed 2-3 foals a year. While she primarily breeds Halfbreds & Connemara Sport Horses, she is passionate about the preservation of the purebred pony, maintaining the breed standard, all while producing athletic and useful individuals.