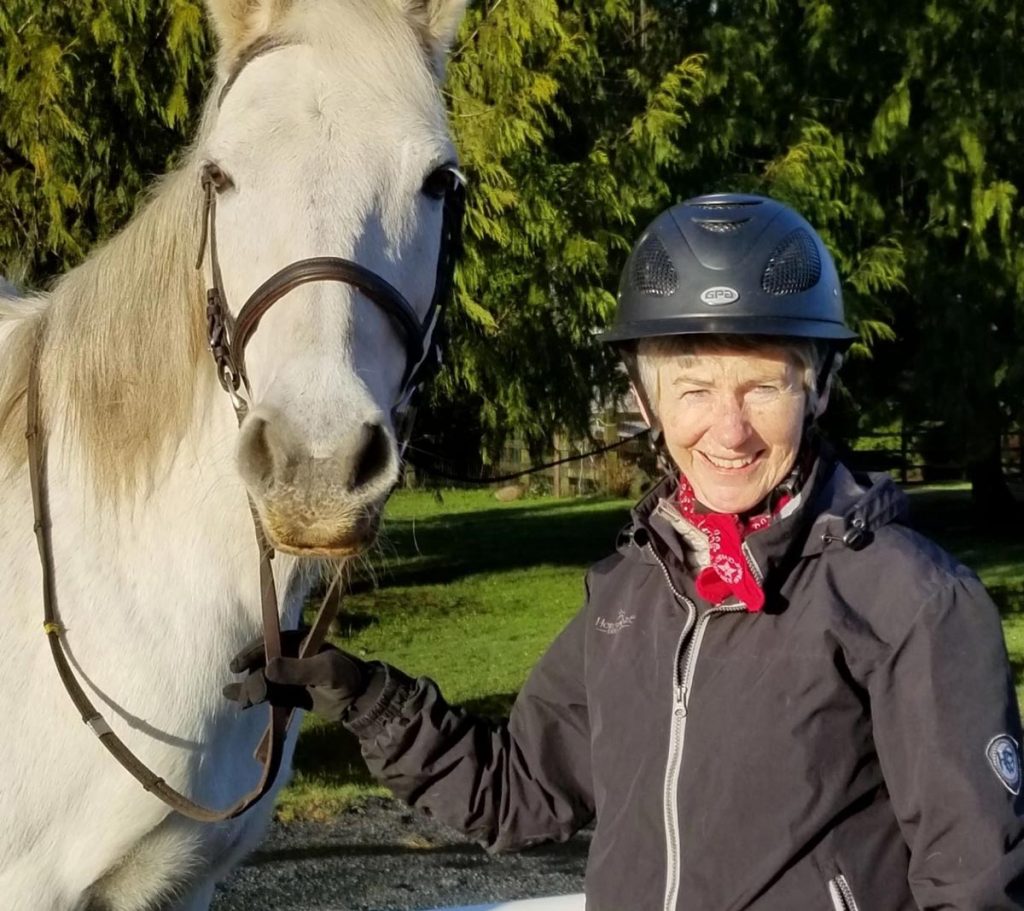 I have been a Connemara Pony enthusiast and owner for the last 18 years. My gelding, Hideaway’s First Edition (Eddie), and I have enjoyed learning and doing dressage, jumping, driving, trail riding as well as equine guided education in the Pacific Northwest.

In 2016, I was elected ACPS Region IX Governor. I serve on the Board of Governors as well as on the Inspection, Awards, and Strategic Planning Committees of the Society.

In 2017, I became an Inspector Candidate (IC). Over three years I studied equine conformation and movement under the mentorship of Sarah McRae Thrasher. I gained experience with the Connemara Pony Inspection process by way of two trips to Ireland for breeder tours (2011, 2019) and Stallion Inspections (2019). I have been schooled in the CPBS linear profiling method by Philp Scott. I also attended three clinics on conformation, movement, and Connemara Type sponsored by the ACPS.

I was invited to join the ACPS Inspection Teams as an IC at two sites in 2018. In 2019, I was certified as an ACPS Inspector.

I concluded a 40-year career as an executive in the fields of finance and philanthropy in 2015. I have been and continue to serve on the Boards of several business and non-profit organizations. I pursue my interest in international affairs as a Seattle Rotary Club Member and as a member of the Executive Committee of PeaceTrees Vietnam. I am also passionate about my role as a grandparent, successfully introducing my 6 grandchildren to the wonders of the Connemara Pony.

My interest in the Connemara Pony blossomed in my later years but it taps into the joy I experienced riding as a child and youth as well as my Irish heritage (85% Irish). I love the fact that the CP breed is known for being sturdy, mentally and physically! I feel that the uniqueness of the Connemara Pony is worth preserving. I am honored to be in a position to preserve and promote the breed as an ACPS Inspector.

I am married to Tom Garland and we reside in Seattle, Washington.