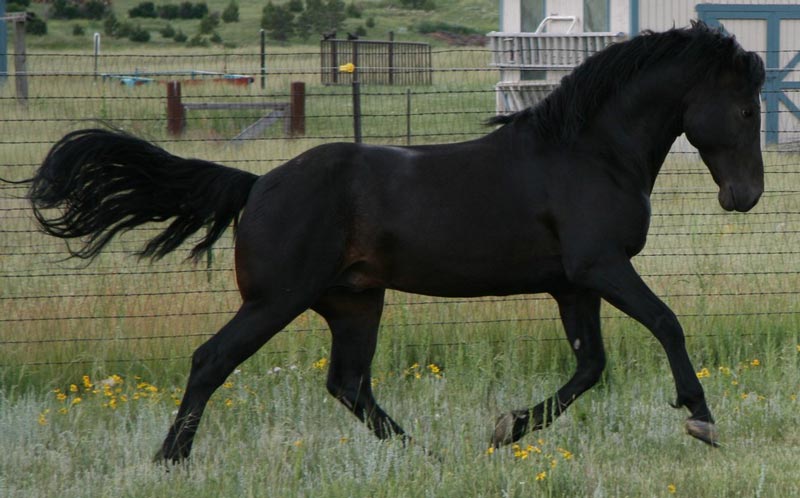 Cliff has excellent conformation and correct, gymnastic movement with extensive reach through the shoulder and hip. He is a powerhouse, yet kind, tractable and brave with a happy-go-lucky attitude. Cliff is a joy to own, handle and ride! Cliff’s progeny proves that he successfully passes on his own award-winning ways and those of his famous ancestors. He brings new, exceptional bloodlines to the U.S., offering well-known and respected European Connemara Ponies close up on both sides of his pedigree, including multiple Danish Elite mares, Danish Elite stallions and German Federal Premium mares as well as champion Danish dressage stallions. Cliff is a third generation dressage champion; his sire and grandsire were both FEI Pony Dressage Medalists. According to a 2013 report by the Connemara Pony Breeders Society in Ireland, Cliff is among the best possible out-cross stallions for mare owners. To quote the report: “Many of these rare line stallions are free of Abbeyleix Owen, Mervyn Kingsmill, Hazy Dawn and Ashfield Sparrow. Consequently, they and some of their daughters are ideal for developing outcross stallions for breeding with the large numbers of mares from overused stallions.” Cliff’s grandfather, Ardnasillagh O’Flaherty, is listed in the report as a rare line stallion. Cliff also has none of these ‘overused stallions’ anywhere in his pedigree.