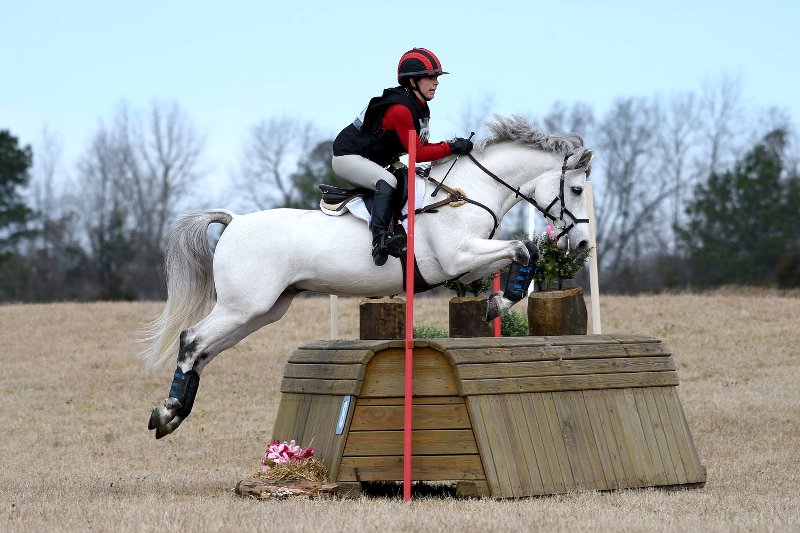 Declan was imported from Ireland at 5 months old. He is an inspected and approved Premium stallion. He is 14.3 with shoes and has 9” of bone. He is heterozygous grey from buckskin roan, meaning he can sire grey and non-grey foals; he can also sire roan, buckskin, smokey black & palomino.

His pedigree boasts a who’s who of top European show jumping lines. His sire is none other than the great Dexter Leam Pondi, an internationally renowned Grand Prix show jumping pony that holds an incredible record in international competition and made many team appearances for the Junior European Championships. He is a prolific sire of Grand Prix jumping ponies. Declan’s dam, Dandy Sparrow, spent her life in the breeding shed proving herself as a great producer of performance ponies. She has no less than 6 Class 1 sons and has a number of offspring jumping the Grade A show jumping tracks. She is by Ashfield Bobby Sparrow, a stallion with a reputation and performance record comparable to that of Dexter. Ashfield Bobby Sparrow was a Grade A show jumper and a top eventing pony in Ireland. His bloodlines are represented around the world, and he consistently sired superior performance ponies. Additionally, Declan’s dam goes back to Ballydonagh Cassanova, sire of Westside Mirah & Poetic Justice, stallions that have both left a significant mark on Connemara performance breeding.

Declan has been showing across multiple disciplines, but his primary focus has been eventing and foxhunting. He began his foxhunting career early and was roading hounds at the age of 3 – a testament to his incredible mind. He is finishing up his seventh season of hunting and is not yet 11. He hunts in the field and whips in – showing good character in his ability to handle being surrounded by other horses, galloping in a group and hounds under foot! Declan has hunted with seven recognized packs on the east coast, including an annual week- long trip to Virginia.

He hasn’t done a ton of showing but has always been a consistent performer and is usually in the ribbons and year end standings. From 2018-2020 he completed 14 Novice horse trails, finishing in the ribbons every time and winning six! He didn’t compete but once in 2020 due to the pandemic but with limited showing in 2021-2022, he completed eight horse trails, finishing 1st four times, 2nd twice and finishing in the ribbons six of the eight times. All but one show were at Training Level. He consistently scores in the 20’s and finishes on his dressage score.

Declan’s foals are consistent in quality and temperament. They are inheriting an intelligent, kind and willing demeanor, and he is stamping them with a strong hindquarter, correct limbs, good length of rein and a nice head. He now has quite a few eventing and foxhunting – mostly with juniors and AA’s.