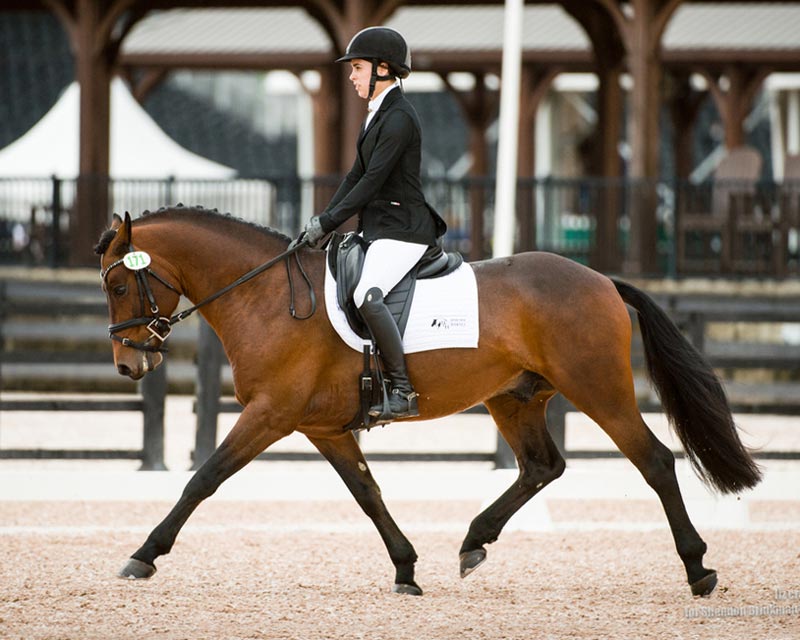 International and Grand Prix ponies can be found on both sides of his pedigree. His dam line boasts Grand Prix ponies such as Ni Oui Ni Non Tartifume and Violin II. His sire Westide Mirah II (WM2) needs no introduction, having jumped several Grand Prixs with child riders, currently jumps with an adult in the 1m25 and has won a 1m45 Puissance. His grandsire Westside Mirah is one of Irelands most successful sire of showjumping ponies. Coud’Poker’s maternal sires Dexter Leam Pondi and Don Juan also need no introduction. Dexter Leam Pondi participated in Six European Championship, winning 2 team medals and once placed 7th individually. He won 5 Grand prix CSIP. Don Juan V was also a Grand Prix Pony and is well known for having produced at least 15 offspring with IPO of 145 and greater. Coud’Poker has been under saddle since August 2019 and is already successfully competing Preliminary Eventing.

Competing at Preliminary and FEI2* Eventing. Often finishing in the top 3 in Open competition. Winner of the McKenna Trophy in 2021 as the highest placed Connemara (purebred or halfbred) at Modified and above.
Competing at 1.10m and 1.15m in Open jumpers